IT Terminology 101: The Internet is a Proper Noun!

Okay, call me a grammar nerd if you'd like, but when we talk about the Internet, it should be capitalized.

The term “internet” in its generic form is short for internetwork, meaning a “network of networks”. To understand this, you need to know that prior to the emergence of the Internet as we know it today, there were many disparate data networks that were not directly connected to each other.

One of them was ARPANET, or Advanced Research Projects Agency Network, initially funded by the US Department of Defense. Many of the concepts that power the modern Internet, such as the TCP/IP protocols, were born out of the ARPANET project (which itself expanded on concepts from earlier work such as the French CYCLADES project).

Another example is CSNET which was funded by the US National Science Foundation in order to connect a consortium of universities and provide gateway capabilities for these institutions to indirectly leverage ARPANET.

There are many other individual networks. Those of us who grew up in the days of BBS (Bulletin Board Systems) accessed over dial-up connections may remember Fidonet, which used a store-and-forward mechanism to relay messages between individual BBS systems so that their users could communicate while avoiding long distance charges.

Now we come to the Internet; the pervasive global network which has, for better or worse, supplanted many of the individual smaller networks that preceded it. There is only one Internet, hence its status as a proper noun and the requirement for capitalization.

While we’re on the topic, let’s clear up some more semantic issues regarding the Internet. Have you ever been asked a question like, “do you have the Internet at your place?” or made a statement like, “my Internet is down!” The Internet is actually a global collection of millions of individual devices connected by thousands of routers and many thousands of kilometers of optic fibre and copper cables. I don’t know about you, but I definitely don’t have this sitting in my basement. I have a connection to the Internet. 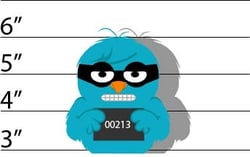 Similarly, your connection to the Internet may be down, but usually the rest of the Internet is doing just fine.

So let’s all agree not to let the lazy world of texting and Twitter rob us of our capitalization. The Internet deserves its status as a proper noun!

Dedicated Private Cloud: The Best of Both Worlds